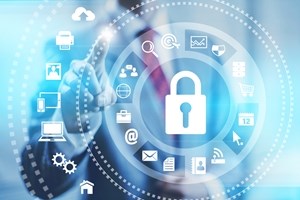 Identity theft has become one of the most common crimes of the digital age. In the U.S. alone, millions of consumers' identities are stolen every year, and this trend has shown little sign of slowing.

The vast majority of discussions concerning ID theft center on the affected consumers, and understandably so. However, it's critical to recognize that it's not just individuals who are victimized by this cybercrime - ID theft also poses a serious danger to businesses. To keep your company safe, you need to embrace solutions such as Know Your Customer tools to combat ID theft and fraud.

ID theft's scope
First things first: What is identity theft? In the simplest terms, the phrase refers to crimes in which the perpetrator either hijacks and uses a victim's account (credit or otherwise) or uses the victim's personal information to create a new account.

To appreciate the threat that ID theft poses - and therefore the need for companies to embrace ID theft protection - it's important to recognize just how common it has become. In 2014, approximately 17.6 million U.S. residents age 16 or older were the victims of identity theft, according to the Bureau of Justice Statistics. What's more, a significant number of these people experienced multiple instances of ID theft. Two-thirds of those affected suffered a direct financial loss.

These incidents have serious consequences: Consumers' total fraud losses totaled $16 billion in 2014, according to a report from Javelin.

The massive number of identity theft instances is closely tied to the growing number and scope of data breaches around the world. According to IBM, more than 1 billion records containing personally identifiable information were lost or stolen in 2014. And as ABC News pointed out, an identity thief only needs a few data points from such a record to take over a person's account.

Business protection needed
The $16 billion figure cited above is limited to consumers. But what about the businesses? After all, whenever a criminal commits ID theft, he or she will almost certainly use the illegally accessed account to make purchases.

That makes it imperative for businesses of all kinds to ensure they are taking adequate steps to identify potential instances of identity theft and fraud. Failure to do so may lead to the processing of illicit purchases. Additionally, banks and businesses in other sectors must adhere to compliance regulations requiring due diligence specifically to address fraud efforts, including ID theft.

Consequently, organizations need to embrace high-quality KYC solutions. KYC focuses specifically on ensuring that a businesses' customers actually are whoever they are claiming to be. With effective ID verification tools in place, lenders and other businesses can position themselves to both comply with all relevant KYC regulations and also significantly reduce the risk of abetting ID thieves.

Not only will this yield financial advantages, but will also improve consumer brand loyalty. As the BJS reported, almost half of the victims of ID theft only discovered these incidents when alerted by a financial institution. Considering how eager consumers are for ID theft protection, this assistance is very highly valued.

Check back soon for more information on know your customer.