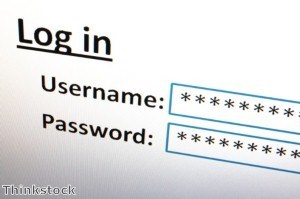 Identity theft remains one of the most pressing issues facing citizens throughout the United States. While many people have embraced new forms of technology such as Facebook, Twitter and LinkedIn, they have also opened people's information up to a criminal element, who will stop at nothing to use it for personal gain. At a recent meeting in Indiana, local business leaders and industry experts gave advice to people in order to prevent identity theft from occurring, Northwest Indiana Business reports. In honor of Consumer Protection Month, the Lakeshore Chamber of Commerce held a meeting at the local federal courthouse, alerting those in attendance to new schemes popping up all the time, including criminals setting up fake websites to make them look like a message is from a legitimate institution. Among the guest speakers was Michael Bishop, the U.S. postal inspector, who said that it was as easy as phoning the bank to ensure that a person wasn't being scammed. Other speakers included Thomas Utz, a special agent with the U.S. Department of Education, who said that consumers needed to be careful to check their credit histories on a regular basis. He also suggested that people check on their school records at least once a year to make sure that fraudsters weren't gaining access to information regarding financial aid or grants. Utz said that the rate of online criminal activity was on the rise and those being targeted needed to be extra vigilant in the years ahead in order to help curb the rate of fraud. "With today's technology, it's so easy to become a victim," Utz said, according to the paper. "We're seeing an increase (of fraud) in education because of the online component." The government has been hard at work trying to warn potential victims of scams involving identity theft. According to the U.S. Postal Inspection Service's website, despite the fact that criminals have found new ways to target victims, the same common sense rules apply. "It's like old wine in a new bottle. Widespread use of the internet is relatively new, but the frauds perpetrated online have been around for a good while," the government agency writes on its official website. "Stock and investment scams. Ponzi schemes. Bogus medical remedies. And each one is as misleading as ever."
ID Verification