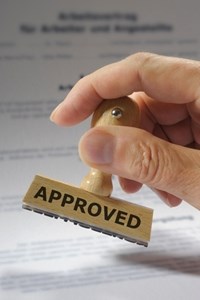 In recent years, the alternative lending sector has experienced growth following the massive credit crunch among traditional financial institutions during the Great Recession. Small business owners have been among the biggest users of alternative financial services, as these options come with better approval ratings than credit union, large institution and small bank lending programs.

For example, Biz2Credit's monthly Small Business Lending Index revealed that alternative lenders approved 63.4 percent of applications in April, compared to 16.8 percent by larger banks and 45.2 percent by credit unions. This marks one straight year of higher than 60 percent approval ratings among alternative lenders.

Small business owners often cite access to credit as the single most critical component of continued success and expansion of operations, illustrating the importance of alternative lenders in the modern market. Still, with great power comes great responsibility, and one analyst recently explained his suggestion for more accountability in the alternative lending sector.

Ami Kassar, writing for The New York Times, recently explained why he believes that leaders in the alternative lending sector should try to set standards that will bring more accountability to the industry at large. Alternative financial services providers don't have many commonalities currently, and this might be hindering the optimal success of the sector.

The source suggested that some of the more notorious members of the alternative lending industry are bringing bad press to those with strong practices. These organizations are among the biggest users of new analytics technology that help them consistently disburse such high volumes of loans to small business owners while simultaneously mitigating the risks of potentially dangerous accounts.

According to the news provider, while there seems to be more publicity surrounding lenders with shoddy practices, those that have been crucial in the economic recovery should make it a point to improve the image of the industry. Standards and internal oversight might be the strongest step toward more credibility, and thus higher profit margins for the alternative lending sector.

Kassar noted that these standards can only be made through a group effort from all lenders in the sector, and that this strategy will give the sometimes mysterious industry more credibility. These organizations could also consider forming a collective oversight entity, much in the way the Cloud Security Alliance was created to bring more reputability to the cloud computing industry.

The CSA is comprised of executives from some of the biggest cloud computing service providers, and has thus far been a critical driver of the technology's success.

Options abound
The greatest utility of the alternative financial services industry is its ability to supplement traditional options for entrepreneurs that have not had success finding commercial lending programs. Fox Business recently reported that there is a growing universe of options small business owners should consider when applying for loans.

Entrepreneurs should also look at alternative options from the outset of the loan search, and weigh these programs against the benefits and drawbacks of traditional avenues. According to the news provider, small business owners can use crowd funding or out-of-the-box options offered by most Internet-based creditors.

The source explained that while entrepreneurs will often need collateral to put up for these programs, some lenders will be solely focused on cash flow. This means credit scores will also not have as big of an impact on the approval process as they do with traditional lending institutions. Internet-based firms will use analytics tools and other technology to decrease the turnaround time on approvals.

With all of the options available to small business owners, a thorough search and well-informed decision-making process is crucial to acquiring the best-suited lending program.