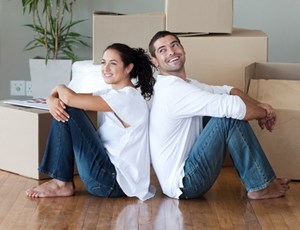 One of the best indicators of how the national economy is performing is the state of the housing market. When homes are remaining for sale for an extended amount of time, it generally means that consumers don't have the ability to spend on a new house and take on a mortgage, so they will stay where they are. This can mean that inflation is high, the stock market is underperforming or that banks aren't giving out loans, among other factors.

However, that is not currently the case. According to the recent U.S. Economic and Housing Market Outlook for March, published by Freddie Mac, the spring season is set to be a profitable one for both buyers and sellers. The group predicted that, in comparison to 2012 figures, home sales will likely be up 8 to 10 percent this season. Moreover, selling prices will likely be somewhat higher, while household debt should stagnate or only increase by a small amount.

Freddie Mac also said that the upcoming season should be the best spring for the industry since 2007.

However, this means that landlords may be increasingly looking into the finances of those who are attempting to rent houses, and alternative lenders might see increased foot traffic. To enable more individuals to qualify for loans that can be put toward housing costs or mortgages, these individuals might want to consider building a more comprehensive consumer financial profile by researching Payment Reporting Builds Credit scores.

This ranking system compiles a non-traditional credit score through the use of alternative data, like a strong history of utilities payments, which can actually show whether or not someone is a borrowing risk better than traditional figures. This can also serve to open up lending businesses to additional clients, as more people will likely be approved for such loans.