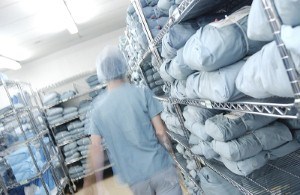 Going to the hospital is rarely an experience that people find enjoyable - or inexpensive. Many find that just as they are starting to feel better, they are left with a hefty bill to pay at the end of treatment, often plunging them into debt and making them seek out short-term financing. Yet, thanks to economic conditions that are often beyond their control, some find themselves unable to pay and as a result owe the hospital thousands of dollars. Unable to collect the debt themselves in some cases, many hospitals have been forced to hire debt collection agencies to pursue those with unpaid bills. In one recent case, James Choi found himself in credit trouble over a debt he thought had been resolved with a medical facility in Duluth. As it turned out, the hospital, Capio Partners, had reported the unpaid fee to a credit rating firm and as a result his score had been tarnished, the Atlanta Journal Constitution reports. He told the newspaper that the mark against him "hurt his pride" because he tried to do his best to pay his bills. Some in the medical field have said that patients are less likely to seek out preventative care if they think they will face a financial hardship in the future, and that it could be ultimately more damaging for all parties involved. “When you have medical debts, you’re going to say, ‘You know I’m not going to get my diabetes checked,’ and once you don’t, you’re going to end up getting your foot amputated or losing your eyesight,” Gerard said in an interview with the news source. Many financial experts have warned that if an insurance company refuses to pay, then consumers needed to pay the fees. If not, their credit scores will likely suffer down the road. Medical bills can be one of the main ways that people find themselves in trouble financially, especially when they are forced to foot the entire bill by themselves. Seeking alternative credit data could be one of the ways that people help themselves, as well as using short-term financing to, at least temporarily, stave off financial ruin.
Debt Collections