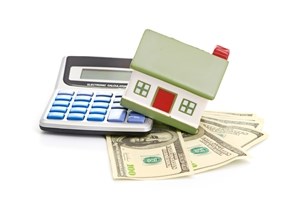 The past year has been good for consumers, with strong home value appreciation boosting household wealth. As a result, Americans have been able to spend more money.

While this is a good sign for the economy, people may be at risk of future financial troubles by increasing expenditures, which could create additional business at short term lenders in the near future.

Home values continued to rise in November, with a 0.6 percent bump from the previous month and 7.1 percent year-over-year increase, according tot he latest Zillow Real Estate Market Reports. More than three-fourths of metro areas experienced gains, with just 95 of 485 markets posting declines. Appreciation is expected to slow in the coming months, but this is a good sign as it will reach a more sustainable level.

"The pace of home value appreciation has leveled off and is beginning to slow down, after peaking this summer," said Zillow Chief Economist Dr. Stan Humphries. "Much of this year's rapid growth in home values can be attributed to very strong demand, as low mortgage interest rates, relatively low home prices and a slowly improving economy helped draw buyers into the market."

With stronger household wealth, consumers are in a much better position to spend today than a year ago. However, people need to be sure not to overextend themselves, but it isn't always that easy.

When an unexpected expense arises, consumers could fall short on other essentials. As a result, late fees and penalties may be incurred, but that doesn't have to be the case. Short term lenders could thrive in such a period, as the loans provided by these financial institutions are good for people who are struggling after a surprise cost. Funds are released quickly, which makes it possible for borrowers to cover the essentials without having to miss a payment.

Short term lending often gets a bad wrap though, which isn't entirely fair. Critics say that the fees and interest rates are too high, but when this is compared to what people face in late fees and penalties after falling short on a bill, the total is often lower. For this reason, short term lenders may want to market toward these consumers.