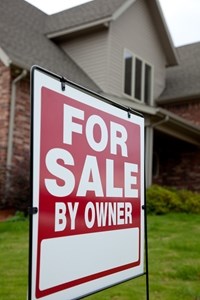 Houses are never cheap. When a couple or individual looks for a new house, they know they are likely going to have to shell out many thousands of dollars - not only upfront, but via mortgages for years and years to come.

When faced with this reality in the past, a lot of people have gone to lenders for help. Ever since the global recession affected the finances of many individuals worldwide, that may no longer be a valid option for some. Not only have banks and big corporations tightened their approval standards since the fiscal landscape got a little darker a few years ago, but a number of people have also seen their credit scores decrease, perhaps as a result of experiencing more pressure to make ends meet in the face of inflation and layoffs.

While recent studies in the United Kingdom have shown that home buying loan frequency is on the decline, that may not be the case for long. With the summer approaching, new graduates could be looking to settle down, and some couples might be looking to establish themselves as wedding season approaches.

According to Property Wire, citing recently published information from the Council of Mortgage Lenders, home owner lending fell in February, marking the third consecutive month this has occurred. The news source said that in February, 21,500 loans were approved, which represented a 4 percent decrease from January figures and a 3 percent decline year-over-year.

Property Wire also reported that this means it is the best start to a new year since 2008, just before the financial crisis. However, this might be a reflection of the fact that many people aren't actually looking for loans because they're not buying houses, not that individuals can better afford them out of pocket.

Experts are looking to the immediate future for relief, as they foresee more loans being applied for soon.

"We hope that the new initiatives announced by the government in the 2013 Budget will further stimulate first time buyer activity but also help those second steppers looking to move into a new or existing home," Council of Mortgage Lenders director general Paul Smee told Property Wire.

The Guardian noted that repayments have greatly outweighed loan applications in the recent past by nearly £1 billion.

Alternatives can still be attractive
The newspaper explained that this has put many lenders in a dire situation, despite the fact that relief is expected soon.

However, these figures may not take into account loans that come from alternative lenders, which could potentially be higher because they have become mainstays for a lot of people since the recession.

Moreover, especially for new homebuyers - or just those who haven't yet taken out loans of this type - alternative financiers might be able to offer better options. These sorts of companies don't always adhere to the rigid lending standards of big banks and massive lending corporations - they can instead make their own rules, which could benefit those with dismal or no credit.

For instance, an increasing number of these smaller storefronts are approving applications based on their Payment Reporting Builds Credit scores. These are compiled by considering traditional factors as well an individual's history of payments on a utilities accounts - if someone makes payments on time, his or her score will be higher. Lenders that have yet to think about this route should do so to get a leg ahead in this troubling time for the industry.

These types of scores can allow alternative financiers to look at a more comprehensive picture of a would-be borrower. This is a win-win for everyone, no matter how the sector as a whole is looking right now.