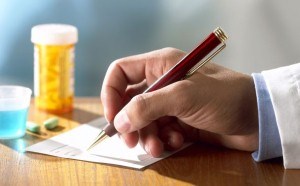 According to the Kaiser Family Foundation's 2011 Employer Health Benefits Survey, it's estimated that 12 percent of workers insured by an employer in 2011 had deductibles of at least $2,000 - up 7 percent from 2009, DARK Daily reports. Kaiser's research is representative of a trend in the healthcare industry of employer-sponsored health plans requiring workers to pay more money for insurance and medical care. In addition to high deductibles, changes such as greater premiums, increased liability for cost of care and enhanced responsibility for health-impacting lifestyle choices have also been administered. "It's obviously a big problem and it is getting worse," said Andrew Grobmyer, managing director for the Huron Consulting Group in Lake Oswego, Oregon, as quoted by Healthcare Finance News.  "It is creating an additional strain within the provider community, more so than in the past." Because of these factors - combined with the high unemployment rate - many healthcare providers are finding it increasingly challenging to collect funds owed to them by patients. "Self-pay patients are presenting themselves in greater numbers," Tom Stampiglia, CEO of Austin, Texas-based Medical Present Value, told the media outlet. "Patient responsibility for payments could rise to as high as 30 percent of a [medical] practice's revenue in the near future." One example of this change took place at General Electric (GE). Last year, the company shifted its 85,000 salaried workers and their dependents onto high-deductible plans, and followed that up by switching its 40,000 hourly and union workers to the same options in January 2012. "The company previously made incremental changes to plans," said Ginny Proestakes, director of health benefits at GE, as quoted by DARK Daily. "But health expenses continued to grow at a rate of two or three times that of inflation. We think we need a new model." In order to rectify the situation, systems need to be put in place that maximize revenue collection from patients at the time of service. Patient service centers must accept cash or credit card - and some progressive lab organizations have already assisted companies in this capacity. Providers must also be able to identify which patients represent actual "charity cases," in which people are in such dire straits that the hospital will reduce the amount owed or wipe it away all together. Local and state governments are closely monitoring healthcare facilities' level of charity to ensure they're justifying tax-exempt status.
Debt Collections