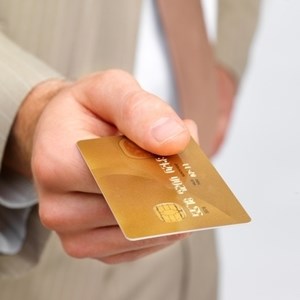 November is when Christmas shopping begins to ramp up, so it should be no surprise that consumer spending increased. Consumers purchased gifts for friends and family, but some didn't think about how these outlays could put them at risk in the future.

If an unexpected expense hits during or after the holidays, higher spending levels could potentially force people to fall short on their essential expenses. It is impossible to predict when a car accident will happen, but when it does, there are often costly repairs. After spending a lot of money on holiday gifts, this can be difficult to pay for while keeping up with monthly bills.

Short term lending could prove beneficial in such a situation. Anyone who finds themselves in trouble can turn to this type of loan to stay current on all bills and avoid late fees and penalties. Those that avoid short term loans due to negative press should compare the cost of late fees to how much interest they'll pay on the loan to see if they could benefit.

If late fees would end up costing more, which will likely be the case, a short term loan could be a smart choice for a struggling consumer. That said, lenders may want to stress the benefits of such a loan to help drown out the negative press.

It appears as though consumers may be entering a period that could require increased reliance on short term lending, as expenditures picked up in November. According to the U.S. Department of Commerce, purchases jumped 0.5 percent following a 0.4 percent gain in October.

"Jobs are growing, confidence is growing, households and asset values are climbing," Paul Edelstein, director of financial economics at IHS Global Insight Inc, told Bloomberg. "There appears to be some sort of gathering momentum in the economy."

Michael Moran, chief economist at Daiwa Capital Markets America Inc, told the news source that rising confidence is also having a big impact on spending. He said that consumers are becoming more active as well, which might lead to one of the best quarters of spending during the economic recovery.