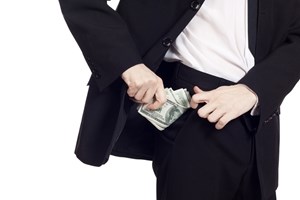 Despite intense scrutiny from regulators, corporate fraud continues to challenge businesses across the globe. According to the Association of Certified Fraud Examiners' 2016 Global Fraud Study, such financial crime causes average revenue losses of 5 percent annually among organizations.

What types of financial fraud are the most common? In order to develop effective fraud detection and prevention strategies, enterprises must understand which schemes pose the greatest threat to their operations.

1. Asset misappropriation
Surveying certified fraud examiners working across the globe, the ACFE discovered asset misappropriation was the most common type of corporate fraud. More than 80 percent of business-level financial crimes consisted of employees stealing funds or assets over which they had control. The smallest median loss from embezzlement amounted to $125,000.

Preventing asset misappropriation entails maintaining stringent oversight of all accounting operations. The ACFE discovered organizations that monitored their accounts had lower median losses than companies which discovered fraud through hotlines, anonymous tips and other passive means. Researchers from the Institute for Fraud Prevention highlighted a few tips to prevent asset misappropriation:

2. Corruption
The ACFE's study listed corruption as the second most common type of fraud. More than one-third (35 percent) of CFEs who participate in the study said they had encountered this type of corporate fraud.

In contrast to asset misappropriation, corruption involves illegally providing, receiving or soliciting anything of value that may influence an individual's decision. While some experts, such as Wa'el Bibi, founder at Bibi Consulting, consider corruption to be fundamentally different than fraud, the ACFE recognize the two as one in the same.

Corruption is much more difficult to detect because the perpetrators typically bypass accounting controls. One of the best ways to prevent corruption is to utilize background screening solutions during the hiring process. Such tools provide data indicative of corrupt or otherwise undesirable practices, showing any liens, judgments or criminal records that a person is likely to commit corruption or some other type of fraud.

For example, Logitech recently paid a $7.5 million fine after the U.S. Securities and Exchange Commission discovered it illicitly inflated its fiscal year 2011 financial results. The individuals who committed the crime had to pay penalties as well.

Corporate prevention is a complicated endeavor because perpetrators continue to find innovative ways to subvert controls and take advantage of operational vulnerabilities. Therefore, businesses must focus on identifying those vulnerabilities and figuring out ways to address them. In addition, auditors and general counsels should not overlook the merits of using advanced data analysis and machine learning tools, which have proven their worth among fraud examiners.