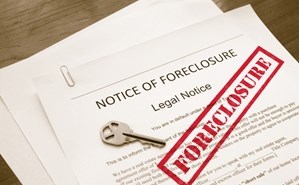 When Americans incur damage to their consumer credit scores, obtaining credit and other loans from traditional financial institutions can be difficult.

During times when consumers might have recently received some negative marks on their credit reports, short term lenders may see additional business as these institutions tend to use alternative credit methods to approve loans.

One instance where consumers may see credit scores dip is when they go through a foreclosure. In May, U.S. foreclosure activity increased by 2 percent, potentially leading more Americans to have damaged credit scores.

Foreclosure filings were reported on 148,054 U.S. properties in May, according to RealtyTrac's U.S. Foreclosure Market Report. This bump in foreclosure activity can be attributed to the 11 percent month-over-month increase in bank repossessions.

REO activity was up in the majority of states in May, with North Carolina seeing the biggest jump at 60 percent. Oregon, Wisconsin, Illinois, Colorado and Michigan also saw marked increases in bank repossessions.

Foreclosure starts were up as well, increasing 4 percent from the previous month, with rises in 26 states. On a year-over-year basis, 14 states saw more starts, with Maryland seeing a 229 percent annual hike.

"Foreclosure activity continued to bounce back in some markets where it may have appeared the foreclosure problem had been knocked out by an aggressive combination of foreclosure prevention efforts over the past two years," said Daren Blomquist, vice president at RealtyTrac.

One state that saw significant spikes in foreclosure activity in May was New York, where foreclosure auctions increased 95 percent from the previous month.

Short term lenders might see heightened demand in states with high foreclosure activity
Homeowners who go through foreclosure this year will likely see a significant amount of damage done to their credit scores.

Andrew Housser, co-CEO of Bills.com, told Mint.com that going through a foreclosure could reduce a consumer credit score from 700 to 400.

For this reason, short term lenders may see a spike in demand, as these people can often struggle to qualify for traditional credit and lending.

Luckily, short term lending doesn't always require consumers to have credit scores that are in tip-top shape, as these financial institutions often use alternative credit solutions.