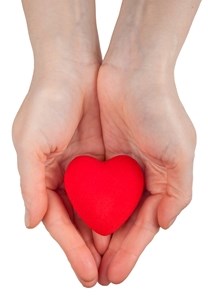 Apple's new iPhone 5S has made waves for its use of biometric technology in place of four-key passwords. The change was purported to create more secure devices, protecting users against identity theft and hacking. However, only two days after the smartphone was introduced a group of German hackers announced that they had found a way to bypass these fingerprint-dependent protections.

Technology continues to march on, though, as experts search for new modes of security. Recently, researchers introduced a device that could transform a person's heartbeat into a password, GigaOM reported.

The system, created at Rice University, would protect implants from hacking, which can occur similar to a phone or computer and have just as dire consequences. To access, it combines a patient's heartbeat with his or her provider's touch.

"If you have a device inside your body, a person could walk by, push a button and violate your privacy, even give you a shock," graduate student Masoud Rostami said in a release, cited by the news source. "He could make (an insulin pump) inject insulin or update the software of your pacemaker. But our proposed solution forces anybody who wants to read the device to touch you."

However, the heartbeat can be used for more than just unlocking or protecting implants. The Telegraph reported that Toronto-based company Bionym created a wristband that reads the wearer's heartbeat to unlock computers, car doors and other items. To steal this password, the company's CEO Karl Martin explained that criminals would have imitate a specific individual's heartbeat, which is a bit more difficult than replicating a fingerprint. According to the news source, the technology will be available for public purchase by next year.