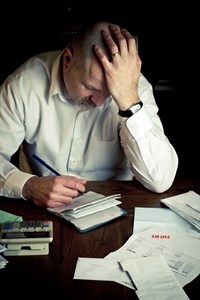 For months, legitimate workers within the short term lending industry have been keeping a close eye on the situation in New York. The state's top financial regulator, Benjamin Lawsky, seems to have started a witch hunt against the entire sector. There are a number of lawmakers across the United States who, for some reason, want to phase out small dollar lenders, but Lawsky seems to have a personal vendetta.

Short term lending is illegal in New York, and in 2013, the regulator sent cease and desist letters to online lenders based in other areas where it is lawful to operate. The majority of these businesses are located on Native American reservations, which are protected from state law, so Lawsky's actions were unprecedented and, frankly, questionable at best.

Lawsky took the lending industry, and many consumers who have responsibly taken out loans in order to stay afloat, by surprise. However, it's his more recent actions that should have interested parties exceedingly concerned. Many experts are asking whether or not Lawsky has stepped over a solid line.

Collaborating with MasterCard and Visa

According to The New York Times' Dealbook, Lawsky's New York Department of Financial Services, along with the office of Governor Andrew Cuomo, announced that they had come to an agreement with both Visa and MasterCard. Within this collaboration, the bodies will be using credit and debit card information to investigate short term loan transactions.

The source indicated that Lawsky's interested in doing this because out of the 20 companies to which he recently sent cease and desist letters, 12 use debit card information to facilitate the alternative finance option.

Is this too much?
"Visa and MasterCard have stepped up to the plate and shown how private companies can work alongside state government to protect vulnerable New Yorkers," Cuomo said in a statement, as quoted by Dealbook.

However, short term lenders are astonished that officials will be looking into the financial records of private citizens, seemingly without warrants. Moreover, the statements seem to indicate that everyone who takes out a small dollar loan is vulnerable. In fact, many, if not most, borrowers are fully educated about their financial options and the terms of these loans. If individuals face unexpected expenses, why shouldn't this avenue be open to them?

"Members of Congress as well as the financial services industry have expressed deep concern that regulators are continuing to pressure payment processors and banks to bend to their will and choke off legal industries they don't like from the consumers who want their products," explained Director of Communications and Operations at Online Lenders Alliance Peter Barden in an email obtained by Dealbook.

Consumers, lenders and lawmakers alike need to speak up about the questionable decisions made by officials in New York. These types of actions - taking liberties with the sensitive data of consumers - shouldn't be allowed to continue without some type of accountability.

If everyone is willing to put in a little elbow grease, there should be no reason that lawmakers and lenders can't come to a mutual agreement that can benefit consumers.