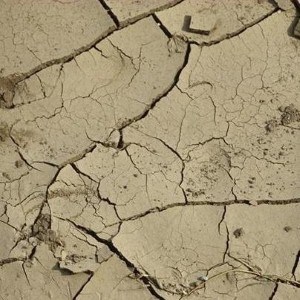 Unpredictable natural disasters can plague all types of people. Storms or other severe weather patterns can put homes, vehicles, businesses and individuals' livelihoods at stake. As such, after a disaster, many short term lenders tend to see an uptick in service. From covering portions of a ruined home to farmers needing new equipment to handle dismal field conditions, forms of alternative credit are often sought out to cover such expenses. Drought caused major issues Short term lending companies may want to gear up, as they may be seeing many more borrowers in their storefront locations after federal disaster declarations increased massively recently. NBC News reported the Department of Agriculture (USDA) declared over half of the counties in the United States to be "natural disaster areas" on August 1. As such, haying and grazing is now allowed on 3.8 million acres of federally protected areas, and insurance providers have to obey a 30-day grace period for farmers paying premiums, the source detailed. This may affect the jobs of debt collectors that attempt to recover missing payments for these companies. The issues were caused by humid spring and summer seasons that did not bring a lot of rain. The source noted that crop ratings in the country have not been this poor since a drought in 1988. Other consumers not linked with the farming industry may see problems, as food prices are expected to rise. Farm loans expected to soar Also affecting the lending landscape is the fact that this declaration now allows farmers in the affected areas, 50.3 percent of harvesters, to take out low-interest loans with the USDA, NBC News reported. The U.S. Small Business Administration has also declared that it will be extending economic assistance to non-agricultural businesses that have been affected by the nationwide drought, such as seed providers, aquaculture firms and most privately-owned companies, according to Business Insider. Farmers will be able to take advantage of up to $2 million in SBA loans, which have a 4 percent interest rate cap for businesses affected by the drought, and 3 percent for non-profits affected, the source reported. Other short term lenders that tend to offer alternative sources of financing may want to think about extending their marketing schemes so that consumers in both zones declared to be disaster areas and those that did not make the cut are aware of the options available.
Short Term Financing