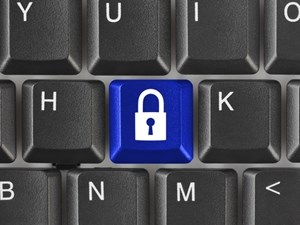 Financial fraud is a major hindrance to business success in the United States. Not only can it be detrimental to consumers who have their identities stolen, compromising consumer credit reports, it can hurt the reputations of business and financial institutions as well.

It's a significant problem that has been growing due to the proliferation of mobile and electronic payments that are open to cyberattacks. However, Experian noted that the government could play a role in fraud prevention by investing in data analytics processes.

The source reported that if federal agencies had sufficient information regarding consumer spending habits, they could catch criminal transactions in real time, preventing financial and productivity losses for business and consumers.

However, these government bodies are highly regulated when it comes to what type of information they can collect, particularly regarding the data of private citizens.

Also, these organizations would need to enhance their collection efforts and practices in order to obtain data that is more useful. Even the slightest mistakes in such monitoring could result in erroneous fraud claims that could hurt consumers and ensure complicated legal proceedings.

What financial enterprises can do

Banktech recently cited a Microsoft survey that found 87 percent of banking institutions mark fraud prevention as the number reason for using big data analytics. However, the problem is still widespread and can make consumers uneasy.

For this reason, the source suggested that fiduciary businesses should be as transparent as possible with clients regarding fraud detection. Customers want to know that their finances are secure with lenders and other financiers, and the best way for such enterprises to accomplish that is to notify them of the measures that have been implemented to safeguard their accounts.

Also, if a breach occurs, being honest and open about the event as soon as possible is encouraged, as consumers will find about the breach at some point.