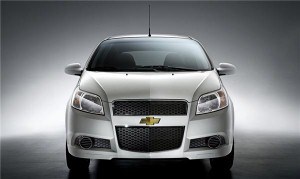 General Motors' recent financial reporting has indicated that the company is returning to solid ground, but it is another metric that may determine the future of the company - hiring. According to the Detroit News, General Motors is working with the United Auto Workers (the largest auto employee union in the country) to bring back approximately 2,000 workers by Fall 2011. The discussions are coming after GM was forced to lay off thousands of employees in the wake of the financial meltdown and resulting auto industry crisis. The majority of the workers were from southeast Michigan, which the paper says was hit especially hard by the recession and collapse of the U.S. auto market. Yet, the recall of the workers is expected to go a long way toward re-establishing U.S. plants. Joe Ashton, UAW vice president in charge of GM, told the Detroit News that he expects workers to be back at their positions by September. However, GM officials would not confirm such a timeline. Bringing back thousands of workers is another indication of GM getting back on its feet. According to the Detroit News, the auto giant was forced to close 11 plants, slash four brands from its inventory and let go more than 10,000 employees. Currently, the company has approximately 28,000 full-time employees and 49,000 hourly workers - roughly 12 percent of its peak workforce in 1979. It was just last month when GM announced its highest single-month sales increase in years. The company generated 45.8 percent higher sales in February compared to the same time in 2010, the Detroit Free Press reports. That has motivated GM to rebuild its workforce. "We have announced several actions that will help people get back to work," GM spokeswoman Kimberly Carpenter told the News. She added that once the recalled employees have returned, the company can once again hire workers at a $14 to $16 hourly rate. The health of GM not only has significance for the country's auto industry but for the stability of Michigan as well. According to the latest survey by the U.S. Census Bureau, Detroit lost nearly 25 percent of its population since 2000 - the most dramatic decrease of any metropolitan area in the country.
Auto Industry Financing