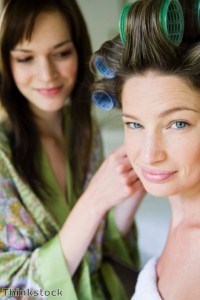 A hair salon owner appeared before a judge in Gwinnett County, Georgia, this week for his role in an identity theft ring that resulted in the misappropriation of more than $400,000, WSB-TV reports. Derrick Pickett, who owns a salon in Stone Mountain, had been out on bond since he was accused of the crime in April. Pickett allegedly enlisted an accomplice, Annette Ford of Suwanee, to cash stolen checks for him so he never needed to provide proper ID verification. "[The crimes involved] tax return checks, social security checks, anticipation loan checks and actually some counterfeit checks as well," Duluth Police Detective Fran Foster said in court, quoted by the news source. Foster adds that Ford was hired by Pickett to cash checks for as much as $50,000 at a time. Police investigators discovered a total of 220 fraudulent checks that can be linked back to Pickett. Fraudulent check rings are not the only form of crime common in beauty salons lately. According to WHNS-TV, the number of hair extension thefts are rising across the country. Human hair can cost as much as $1,000 or more for a person to weave, so women have turned to illegal means to emulate popular artists like Beyonce and Mary J. Blige.
ID Verification