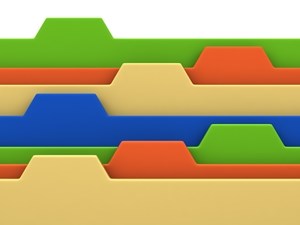 There are numerous channels through which consumers and businesses can become victims of identity theft. Some individuals may have their wallets stolen straight from their bags, while many firms face the possibility of corporate spies and sabotage.

For example, a Georgia-based charity recently reported that its files had disappeared during a routine cleaning, explained the Associated Press. These documents contained sensitive information on clients that could compromise their privacy and financial security, such as Social Security Numbers.

The nonprofit, Suddenly Single Parents, helps young individuals who have recently just become parents. The disappearance of the files, though, wasn't the result of a hacking, Melanie Miller, founder of the charity, told WSB-TV, the AP wrote.

The incident occurred after the office's property management company called in a firm to treat the space for a mold problem. Upon returning to office, Miller found the charity's furniture piled outside, with the files and other crucial pieces of equipment, such as computers, missing, the news source reported.

Firms can avoid situations similar to Suddenly Single Parents by encrypting file data for information stored on servers and locking physical files in a secure place.