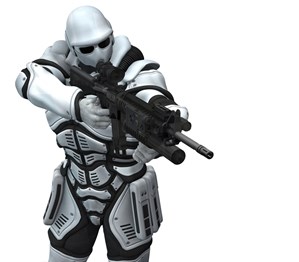 Professionals in gaming and the consumer credit data industry agree that the emergence of highly profitable mobile game applications presents a challenge to larger platforms like Xbox and PlayStation, but would increasing the number of potential game producers and allowing free applications for these devices keep the attention of current system users?

A group of virtual entertainment experts interviewed by The Guardian was split on the idea of incorporating alternative credit payments and accepting independent games to Sony and Microsoft's advanced gaming systems. James Hannet, a designer and coder for game development company Mode7, told the source the businesses are losing possibly incredible amounts of revenue by skipping over offering free applications that consumers are able to buy from while playing the game. A study by Juniper Research found that in 2011, smartphone users made $2.1 billion worth of in-app purchases, and the organization projects that number will more than double to $4.8 billion by 2016.

Still, Rhodri Broadbent, co-founder of game studio Dakko Dakko​, told The Guardian he believes gamers like himself would be turned off by advanced systems adopting money-making alternative payment methods proven successful on mobile phones. The "enthusiast" group of gamers - comprised of those who are more than content with high-quality games costing possibly hundreds of dollars a piece including expansion packages - is one that Microsoft and Sony cannot neglect, which they may do by taking such action, according to Broadbent.

Juniper refers to the kind of mobile applications used to make in-game purchases as "freemium" games, and the research company believes this genre will only expand revenue as consumers get used to the idea of such alternative payment methods. But beyond mobile games and the major gaming systems, one consumer credit professional is certain even more alternative credit methods will continue to add profit to the gaming industry on every level.

Trends are headed toward even more money
Jennifer Schulz, Visa's head of global eCommerce, notes four patterns that have emerged in recent years within the gaming community: an increased use of alternative credit in addition to traditional lines of credit, games offering bonuses to users who pay by alternative means, a boom in internal payments through smartphone or tablet-based games and increased comfort in the use of mobile wallet apps to pay for games or add-ons.

Prepaid cards, like debit or ACH cards, are just one of the types of alternative payments a significant number of gamers are using today to purchase entire games, expansion packages and in-game bonuses at about the same rate as traditional payments, according to Schulz. Some alternative credit is exclusive to the community, she notes, like funds that are generated within games and are only able to be applied in that virtual world. Schulz said in her Venture Beat feature that a preferred alternative payment method does not currently stand out for gamers across all platforms, which may be of interest to businesses hoping to make headway in the alternative credit payment field.

When it comes to mobile applications, development companies are making the most money, based on Juniper's findings, by not putting an upfront price tag on their games. The most profitable venues, the study insists, are those that allow themselves the greatest potential following. Once users are in the door, the possibility that they will buy upgrades to ad-free versions or additional features to use within the game offers a much higher probability than a game profiting by charging an initial download fee of the same value.