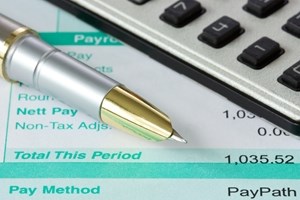 Identity theft is a crime that occurs daily, and it appears as though its frequency is picking up. According to a recent report from the Federal Trade Commission, identity theft topped the list of consumer complaints in 2013, contributing to the more than $1.6 billion lost to fraud.

Of the 2 million consumer complaints the FTC received last year, nearly 300,000 were related to identity theft. David Torok, director of the FTC's Division of Planning and Information, told Reuters that this crime "has topped the list since at least 2006."

What can be done to reduce the frequency of identity theft?

It is farfetched to think there is anything that can be done to get rid of identity theft completely, but there are certainly steps to reduce the frequency. For one, short term lenders and other financial institutions can use better ID verification procedures with people applying for credit cards and loans.

Identity thieves are known to attempt to use the stolen names to obtain loans and credit cars, so if short term lenders step up background screening and ID verification, there is a chance that more criminals will be caught before they steal money and do significant damage to consumer credit scores.

However, this won't be enough to significantly reduce the frequency of identity theft, as consumers need to be aware of the common signs they are a victim. For this reason, banks and lenders need to make this information available to customers. Here are some of the warning signs that should be shared:

Many consumers may be aware of these signs, but others are too busy to be concerned with them. This is why banks and lenders need to take the lead and inform account holders. Preventing identity theft is beneficial for all parties involved. Banks can save money by not having to put resources into investigating cases, and people can save by not losing money and seeing damage to their credit scores.