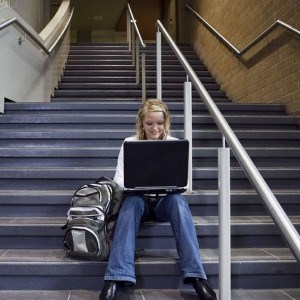 Many Americans who have busy schedules but want an education that open doors to other careers have taken advantage of for-profit colleges. Such colleges, seen often in television commercials, offer classes online or very close to home at lower admissions standards. However, recent reports indicate that getting a degree from this type of school is a major factor in the growing amount of student loan debt that plagues American consumers every year. Because of the relatively high costs and the difficulty some for-profit schools graduates have finding a job, debt collection agents should not be surprised when they must recover an outstanding payment from a recent graduate of an online school. Large student loans According to Businessweek, citing Education Trust figures, people undertaking a for-profit bachelor's degree course load have an average of $31,190 in student loans, while the majority of students at a private non-profit are approximately $17,040 in debt due to their education. According to a study released in late 2011 by the National Bureau of Economic Research, the frequency of a graduate of a for-profit school to default on a student loan is higher than rates in other academic sectors. Businessweek reported 20 percent of students at a fairly popular for-profit university default on their student loans within two years of beginning a payment plan, which is three times more than graduates of public universities. Many do not graduate After taking on student loans to pay for tuition and other costs, a startling amount of for-profit university students do not receive their diplomas. Businessweek reported 22 percent of these students graduate, in comparison to the 55 percent that complete their required courses at state colleges. This rate could drive a sizable population into further debt, as non-graduates are largely ineligible for many high-paying jobs they could have qualified for had they completed their degree. Fewer jobs The National Bureau of Economic Research report noted that graduates of for-profit school programs usually have higher unemployment rates than those who graduated from a private or state college, and are usually unemployed for longer than three months. Many of those who do become gainfully employed are not happy, according to the study, which explained for-profit students have lower earnings and satisfaction than those that received an education elsewhere.
Debt Collections