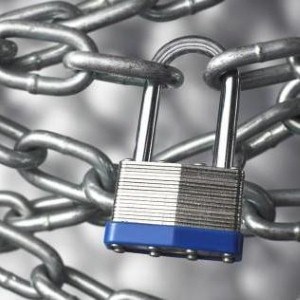 When an individual's identity is stolen, he or she may not know about the development for months. It is not usually until the person goes to take out a loan, obtain a new line of credit or is approached by debt collection agents that the issue becomes apparent. When a criminal makes a fraudulent purchase or pursues short term lending using another's information, both the victim and the business could be cheated out of money. Therefore, it is imperative that both parties work together to educate others on the benefits of data protection. Consumers should guard their financial information and lenders should verify identification. Many individuals in Florida have been affected by this type of crime recently. Residents and businesses within the Sunshine State have been on guard recently after a string of crimes plagued the area. Hospital worker steals information from deceased patient According to ABC News, a patient registration representative at Sarasota Memorial Hospital was arrested July 25 after admitting to stealing financial information from a hospital patient to make fraudulent purchases. Margaret Nunn's victim was an unidentified man who died June 10. "Within hours of his death, his three credit cards were used to purchase airline tickets, bridal shoes, payphone bills and other assorted items totaling over $1,186," explained Sarasota police in a prepared statement, the news source reported. The police tracked Nunn down in collaboration with the hospital's public safety office, according to the source, and she was soon fired. Cops believe this was Nunn's only victim, and that she wrote down the man's information as he was registering with the hospital. Nunn has been charged with one count of identity theft and seven counts of credit card fraud, according to ABC News. Police use website to catch criminals To combat identity thefts in the Sunshine State, police recently created a website to catch criminals in the act. According to the Jacksonville-based WJXT-TV4, police are posting surveillance camera images of suspected identity thieves on the internet in the hopes that the public will help catch the criminals. The source reported idthisperson.com is being used by Florida police to help recover money stolen form individuals and businesses, as well as officials in 19 other states. In return for positively identifying a thief, the source said, citizens are awarded a $25 gift certificate. The tactic has already seen success in Florida, according to WJTX, as it helped police arrest a man accused of stealing a debit card and making purchases at Walmart. The criminal was caught within days.
ID Verification