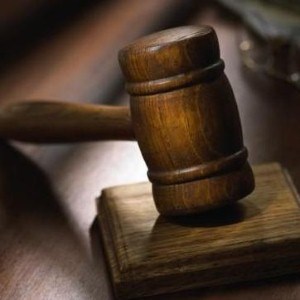 The job of a debt collection agent is not easy - they must do extensive research on the individual whose account in is question, find the best ways to contact them, often deal with hostile people and other factors. Yet the revamped Arizona House Bill 2664 could make certain aspects somewhat easier. The original draft of the bill was supported by the state's House of Representatives, but voted down by the Senate in early April. While the bill was defeated on April 11, after Senator Ron Gould filed a motion to reconsider the legislation on April 17, so the authors of the bill will work on reframing it. The bill, should it pass, will make the recovery process easier on debt collectors. They would be able to pursue a judgement quicker, as there would be a lower burden of proof when contacting individuals. In many cases, information on overdue accounts must be bought from the organization to which the debt is owed, and a lot of information can be lost during the transaction. "That's the kind of document that debt buyers get because they're purchasing this debt from the original debtor for pennies on the dollar and because they pay so little they get so little in evidence," William E. Morris Institute for Justice director Ellen Katz explained to azfamily.com. Section 44-7803 of Chapter 35 of the bill regarding credit card agreements covers consumer credit card protections. The text detailed that "a cardholder is personally liable for all charges and interest incurred on the cardholders' credit card account," but provided protections should a car be used fraudulently. Section 44-7804 states that all that debt collectors need now to contact the owner of an overdue account is the final billing statement or electronic record of nonpayment. This would make pursuing debtors easier and quicker, resulting in a business recovering what is owed to them in a more efficient manner. Azfamily.com reported the sponsor of the bill, Representative Jeff Dial, said in an open meeting that the proposed legislation would help enable people to be responsbile and not borrow money they don't have on credit cards. According to Arizona's KPHO-5, Dial said the bill would protect the rights of other credit card users. They would not be punished for the mistakes of others in the form of higher interest rates to make up for losses experienced through nonpayment.
Debt Collections