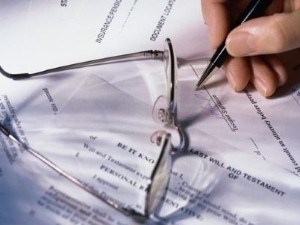 Since the Dodd-Frank Wall Street Reform, and especially the Durbin Amendment, payment processors, financial institutions and businesses have all worked to find ways around the new fees levied by the legislation. Alternative financial services have increased in the wake of the reforms, while also being bolstered by the credit crunch across the nation. However, as the economy continues to recover and consumer spending has rebounded in recent months, businesses can view these services as an additional method of reaching new prospects. The prepaid card market has experienced explosive growth in recent years, largely because of the product's ability to reach underbanked and unbanked demographics while keeping operational costs low for the providers. Regulations might be imminent for prepaid cards
Though prepaid cards are not currently regulated by lawmakers, many providers of these services fear that this will not last. In Canada, officials are already beginning to roll out new regulations to monitor and control prepaid card use in various areas of the North American country, The Canadian Press reports. According to the news provider, officials in Ottawa announced that they had come to agreements regarding the new statutes pertaining to prepaid cards, though their actions are not as worrisome to businesses and consumers. The source explained that the regulations make it illegal to have hidden fees and conditions, while expiration dates will also no longer be allowed. As many businesses in the United States that offer the cards work to keep fees and conditions at a minimum, these types of regulations might be a moot point for many, as industry best practices have led the way in keeping standards moral. The Canadian Press explained that this was the first step for officials in Canada to begin gaining more leverage over the prepaid card industry, and is part of a larger effort to reform its own codes regarding interchange fees for all types of plastic. Sussing out the shoddy providers
While Canada moves to eradicate incendiary forces from the prepaid card industry, competition in the United States has rapidly improved the offerings for customers. Because regulations remain low regarding the prepaid card industry, providers have much more leeway to offer affordable and attractive options to customers. Further, many businesses have started using prepaid cards for a variety of other purposes within their own operations, including expense allowances to employees.
Alternative Consumer Credit Data