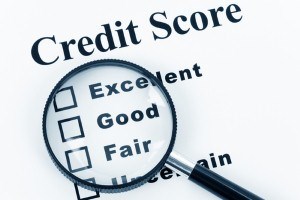 A recent report from Fair Isaac Corporation (FICO) Labs indicates that Americans' consumer credit scores are on the rise. Specifically, researchers found that more than 18 percent of consumers have FICO scores in the 800 to 850 range - the first time this area has seen growth since October of 2008. This indicates that more delinquencies are being paid off, and people are being more careful with their finances. On the other end of the spectrum, a lower amount of consumers have scores in the bottom range (300 to 549). FICO cited the reported 15 percent as the lowest figure since 2006. There has been less positive movement in the middle ranges, as 15.5 percent of U.S. residents had scores between 700 and 799 - the lowest percentage since 2005. Also, approximately one-third of Americans have FICO scores between 550 and 699, which represents the most scores in that range since 2006 and indicates that many consumers still have a below average hold on their finances. "Many consumers have moved into the top tier of the FICO Score range by redoubling their efforts to maintain an excellent credit profile,” said Rachel Bell of FICO Labs. "Other people have fallen into lower tiers, most likely due to the financial stress that many households have been feeling. Despite this shift, we continue to observe more than half of FICO Scores in the U.S. are between 700 - 850, which means Americans have managed their credit well despite the economic downturn." A related quarterly risk survey taken in April by FICO reiterates these results, as lenders found that scores have veered from the tail ends of the distribution curves. "(Prior to 2008), lenders saw a sizable increase in the number of consumers who scored in the lowest (300-499) and the highest (800-850) segments of the FICO score range," the report states. Since then, however, there has been a growing number of consumers within the 550 to 649 range, up to 2.8 million at the time of the report. Researchers also revealed that lenders are expecting fewer delinquencies on home, car and small business loans, meaning scores are more likely to increase rather than decrease in 2012. "These results are consistent with the general sentiment that delinquencies will be less of a problem over the next six months," said Dr. Andrew Jennings, head of FICO Labs. "As lending risk - both perceived and real - declines, the natural reaction by lenders is to loosen the purse strings and extend more credit."
Credit Risk Management