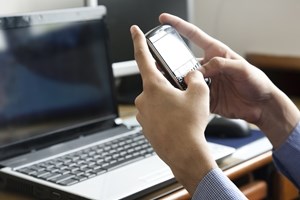 The Fair Debt Collection Practices Act (FDCPA) has a number of complex stipulations that prohibit debt collectors from utilizing practices deemed as harassing. Although some laws within the act can be pretty straightforward, other policies are more complex.

For years, reputable debt agencies have understood that certain phone calling activities are illegal. For example, calling a debtor at his or her place of work can be seen as harassment, as is repeated callings after a debtor has indicated he or she no longer wishes to be contacted.

But where do text messages fit into the federally mandated FDCPA? Well, it turns out that many of the same laws that apply to calling actions are applicable to the use of text messages.

ABC News reported that a debt collector recently agreed to pay a $1 million settlement in a case that alleged the agents unlawfully used text messages while seeking debt payments. The source stated that the collectors in questions sent English- and Spanish-language texts to consumers, without disclosing their status as debt collectors. Under the FDCPA, this is deemed illegal. Whenever a debtor is contacted by a relief agent, the representative must tell the consumer that he or she is a debt collector.

A blog post on the Federal Trade Commission's (FTC) website highlighted that the collectors' failure to disclosure their purpose was a main factor in the case being filed.

First time for everything

According to Daily Finance, this is the first time that the FTC has pursued legal action against a collection agent due to the use of non-compliant text messages.

Although it may be a rare case, it's one that debt collectors should take notice of in order to avoid similar mistakes. Complete compliance with the FDCPA is a must when contacting a debtor through any medium, including text messages.

FTC officials and other government regulators are intensely targeting collection professionals at the moment. Any mistake or failure to follow even the slightest of stipulations within the FDCPA will likely result in legal action being taken by an enforcement agency. For this reason, understanding the FDCPA is integral to any debt collection operation.