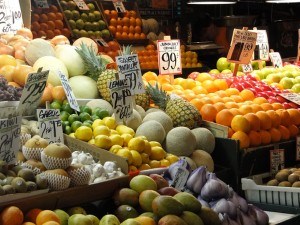 Along with an evolving marketplace has come several new advances in payment processing technology. Not only have these new methods - such as ACH cards, mobile payments and credit card chips - improved the efficiency of the retail sector, they have also managed to reach the large population of underbanked citizens in the United States. Progress Illinois recently reported that local farmers' markets are increasingly accepting electronic payments from clientele, which has yielded a whole new demographic of consumers going to the local marketplaces. Additionally, the source noted that Illinois Lieutenant Governor Sheila Simon announced an initiative to double farmers' markets locations that accept electronic payments. The funding, which is set to be a total of $4 million on the whole and $1,200 per farmers' market, will come from the Illinois Electronic Benefits Transfer (EBT) Wireless Project in conjunction with U.S. Department of Agriculture's Supplemental Nutrition Assistance Program. While the project is specifically aimed at those using EBT - or electronically-based food stamps - it will also allow credit card users to make purchases at the local markets. One local farmer in Beecher, Illinois, who provides produce to several farmers' markets in the greater Chicago area, expressed his excitement about the new electronic payment initiative. "The program will continue to help customers purchase fresh, local produce, and it will help farmers like myself see the customer growth that we need to survive," Josh Dotson of Dotson Farms explained to Progress Illinois. Many believe that the initiative will help to reach a growing number of electronic payment users who would prefer to shop at farmers' markets, but have thus far not been able to because they are largely cash-only, the source noted. Several programs like this one will likely reach the underbanked, who generally use electronic payments in larger proportions. Mobile payments, likewise, have managed to reach a massive population of the underbanked in recent years. According to a March release from the Federal Reserve Board of Governors, mobile banking and electronic payment use was common in 29 percent of the underbanked population in 2012. Further, a Javelin Strategy and Research report released last month found that the underbanked population is comprised of 35 million U.S. adults, representing roughly 15 percent of the current population. This represents a massive potential demographic for merchants to reach, and Javelin purports that the best way to do so is through mobile and electronic payment processing.
Electronic Payment Risk