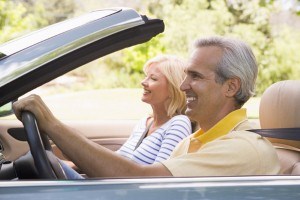 Americans over 55 years of age, a generation commonly referred to as baby boomers, face many financial responsibilities within their families. Due to the current economic climate caused by the 2008 recession, many young adults and elderly citizens need to turn to someone to help stay on their feet, a role that baby boomers often have to fill. As Americans age and begin thinking about retirement plans, many may find that a responsibility to provide for family members of all ages hinders those goals. In fact, as citizens approaching retirement take on the role of financially supporting spouses, parents, children, grandchildren and themselves, many could find the strain to be too much, and debt collection agents may come calling. The recent SunAmerica Retirement Re-Set Study found that many people over 55 are primarily concerned with the financial security of family members. One anonymous respondent said "I may not be able to afford the retirement I want because I will be providing for my kids' and granddaughter's future." Forty-nine percent of baby boomers predict that they will need to use their money to provide financial assistance for their families, prompting a later retirement. An additional 38 percent feel a larger responsibility to support their families after the recession. Seventy percent of Americans over 55 predict that they will have to provide financial help to adult children, and 62 foresee that role extending to grandchildren as well. Only 19 percent believe they will have to support their parents or in-laws. The report said that people in this age bracket are particularly concerned about retirement due to losses from stocks that took a plunge at the onset of the recession. Results show the average age people plan on retiring at is now 69, a 5 year increase from the expected retirement age 10 years ago. A 2010 report published by The Sloan Center on Aging and Work at Boston College showed that workers aged 55 or older have more debt from credit cards than they do retirement savings, while 41 percent said the two figure were equal. This melds with the Towers Watson information that found in 2011 that only 27 percent of Americans are confident that they will have enough money to retire and live comfortably for 15 years. With a growing amount of debt affecting Americans of retirement age, many are putting off stopping work. With no steady income, familial responsibilities and overdue bills, many baby boomers are finding themselves spending their golden years in the workforce.
Credit Risk Management