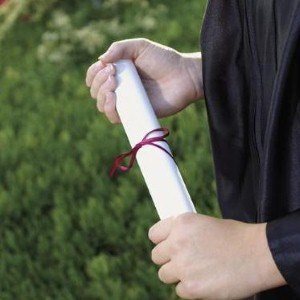 The Federal Reserve Bank of New York has released its third quarter reports revealing a decline in the number of Americans with at least one account in collections, dropping to 14 percent from 14.25 percent in the second quarter. To some degree, this may be due to the relative stability of mortgage debt, but at the same time, non-property debts are increasing. Consumers may feel a greater level of confidence in individual economic stability, but at the same time, this increase could suggest that some are strained for credit when it comes to financing automobiles and education. Others may be turning to credit cards more frequently to cover expenses for which cash is not available, according the data from the NY Fed. Auto loans
Outstanding loans for automobiles in the United States stands at $768 billion and balances have increased over the past six quarters, according to the NY Fed. These loans are often reliant on consumer credit reports, and some companies may compete in order to finance customers considered to be risky. Some lenders consider alternative credit data including utility payments to finance individuals that may not qualify due to traditional scoring methods. Student loans
The price of education is exceptionally high in the United States, as the NY Fed reports, students loans have reached $42 billion, of which $23 billion is new debt. Student loans have exceeded credit card or auto debt, and there is a growing fear about the number of loans that may default. Stiff penalties of federal wage garnishment, increased percentage rates and a negative consumer credit report. As many students are having difficulty securing employment upon graduation, this trend is likely to increase in the future. Credit Cards
The NY Fed's numbers show that credit card debt stands at $2 billion as of 2012's third financial quarter. This may suggest that individuals are turning to credit cards to cover costs from housing, car payments and student loans. Consumers who max out credit cards in difficult financial times may find themselves facing debt collection. The Federal Reserve Bank of New York's latest report may suggest both faith in economic recovery and an increased strain on the repayment of debts related to auto, credit and education loans. Individuals may be juggling payments in order to finance these payments alongside housing and other essential spending. The turn to credit cards to supplement available cash, especially for students, may suggest also a correlation of the rise in non-property debt in the third financial quarter this year.
Debt Collections