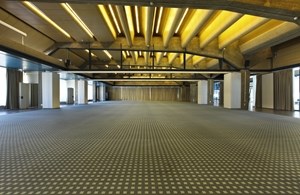 Ever since the Consumer Financial Protection Bureau (CFPB) was created several years ago during the Great Recession, financial experts have been predicting the introduction of increased regulatory policies for payment companies. Because of the notable economic downtown that negatively impacted consumers, elected officials created the CFPB to regulate and monitor financial policies that relate to citizens.

Earlier this year, the organization reached a major milestone when its director, Richard Cordray, was officially approved as the head of the CFPB. The move allowed the organization to operate at full capacity, and Cordray has quickly started to explore the regulatory landscape and he is expected to introduce major policies in the near future.

How the CFPB's actions will impact payment processing and credit enterprises has been debated, and experts at the recent ATM & Mobile Summit in Washington, D.C., discussed the future legal landscape for the industry, according to Mobile Payments Today.

The source reported that event attendee Lynne Barr, a partner at Goodwin Procter, indicated that she believes the CFPB will make overdraft protection a priority in 2014. Overdraft protection policies are used for many checking account customers. The source said these plans charge individuals up to $35 for ATM withdrawals from accounts with insufficient funds.

Mobile Payments Today also noted that Congress is likely to take action about what it deems as excessive overdraft protection fees. Some industry leaders believe that lawmakers could attempt to implement policies that would require ATMs to inform consumers that they will overdraft if they make a withdrawal. Other possibilities include bills that could aim to cap overdraft fees. However, the source noted that it could take a significant amount of time for Congress to pass such initiatives.

Mobile payments hard to regulate
Experts cited by the source urged regulators to consider the cost of mobile transaction infrastructures before passing regulations against mobile processing firms. Payment portals and proper security for mobile payments can be costly, meaning that it's not unreasonable for mobile companies to feature notable fees.

Even with intense scrutiny from officials, Barr speculated that it would be especially challenging for the CFPB to regulate mobile payments.

"It doesn't have the authority to do this," Barr told the source. "Mobile carriers are already highly regulated as utilities, so it's highly unlikely the Federal Communications Commission or another entity will regulate the cost of transactions over mobile networks."

However, Mobile Payments Today did note that regulators could look to limit overdraft fees for mobile payment tools linked to prepaid cards and other monetary accounts.