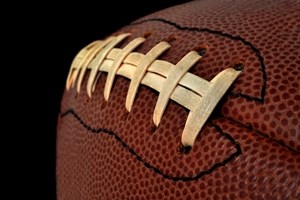 When it comes to checking a job candidates consumer credit reports, criminal histories and employment records, many executives fail to do a thorough investigation.

According to The Background Investigator, the case of recently hired Rutgers University Athletic Direct, Julie Hermann, is a prime example of a poor screen process. The school outsourced their job search operation to Parker Executive Search Firm, a company that specializes in sports job placement.

Although the company conducted research regarding Hermann's history, the source speculated that it did not go far enough. In particular, it seems that Parker failed to question former players that were coached by Hermann during her spell as a volleyball coach at the University of Tennessee.

USA Today reported that in the wake of her appointment, allegations arose that Hermann was known to verbally abuse her former players at Tennessee. It's provided Rutgers with a PR nightmare. Although the school gave Hermann a vote of confidence, USA Today noted that several sources claimed Rutgers officials quietly explored how to back out of their commitment with Hermann.

In most cases, the need for such detailed pre-employment screening is unnecessary. However, it does highlight the importance of formulating a screening process tailored to specific vacancies.

Aspects of any search should probably include criminal records checks but some high-profile openings may require additional screening, as was the case with Rutgers appointment of Hermann. In particular, employees that are responsible for fiduciary tasks could be reasonably subjected to a consumer credit screen.

Although companies like Parker do a professional job and have a record of successful appointments, as The Background Investigator stated, further outsourcing for the screening process may be necessary.

There are a number of reputable companies that fully understand federal and state laws regarding pre-employment background checks. Also, these firms are vastly experienced in the process and are able to provide comprehensive investigations.