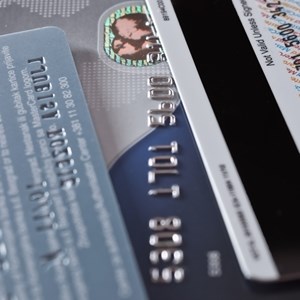 Electronic payments methods improve the lives of consumers and merchants in many ways. For consumers, using credit, debit or ACH cards to make purchases is convenient and nearly eliminates the need for manual checkbook balancing, while mobile payments have similar benefits with a few additions, like acting as a supremely accessible coupon book. On the other hand, for merchants, electronic transactions reduce the likelihood of losing funds due to accounting issues. Data gained from mobile purchases can be mined for business intelligence purposes, allowing vendors to better drive traffic to their establishments through tailored offers.

Despite all of their positive attributes, electronic payments do come with a distinct set of dangers, including the likelihood of fraud. According to an infographic from mobile payments platform provider MokiMobility, cardholder data may now be one of the most sought-after prizes for fraudsters and identity thieves. Using data from a variety of recent sources, the firm explained how solutions providers and merchants can work together to meet industry standards and protect consumer identities.

In 2012, nearly all information targeted for theft was cardholder data. TrustWave's 2013 Global Security Report pegged the figure at 96 percent, MokiMobility noted. Many of these attacks were directed toward merchants that were among the early adopters of mobile credit card processing technologies, including retail, food service and hospitality. Additionally, 2012 saw a total of nearly $5.6 billion stolen from consumers.

Teaming up to stop fraud

MokiMobility's goal in pointing out these shortcomings in the mobile payments industry was to highlight what makes compliance a necessity beyond the law. When merchants closely follow PCI guidelines that demand the use of secure devices, proper disposal solutions and comprehensive use policies, they may be able to prevent fraud on their end. At the same time, services providers can develop more advanced technologies to guarantee secure transactions and improve customer validation.

The Bureau of Justice Statistics (BJS) found that, in 2010, nearly 9 million U.S. households had been affected by identity theft. Credit and debit cards were the most significant source of this fraud, with 64.1 percent of households tracing theft to their credit accounts.

Additionally, the BJS discovered that only slightly more than 18 percent of identity theft victims did not experience monetary losses.

It is crucial that those dealing with cardholder data at every point along the business spectrum, like merchants and developers, do their very best to safeguard consumers from monetary losses and identity theft, which can have a major impact on consumer credit data if criminals take out fraudulent lines of credit with the stolen information. Mobile payments companies that are able to develop more secure technologies, along with merchants that prioritize PCI compliance, may very well find the effort worth their while as their reputations improve.