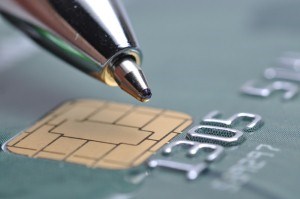 Electronic and mobile payment technology has taken the retail and merchant industries by storm in recent years, as these new methods have improved efficiency and accessibility for many consumers. However, the one big question about these payments is security of data, be it with ACH cards or the mobile wallet. Some experts, though, purport that embedded Europay, Mastercard and VISA (EMV) chip technology for debit and credit cards is actually more secure than traditional swipe methods. The Sacramento Bee recently reported that the Canadian financial system has experienced significant improvements to security since cards with the chips have become more commonplace, while the United States is lagging behind. According to the source, this form of electronic payment is harder to replicate, which helps to defend against fraudulent parties who try to duplicate fake cards. To illustrate this difference between Canadian payment security and that of the U.S., the news provider cited a Nilson Report newsletter from last November that revealed staggering results. The report found that the U.S. accounted for nearly half of the total global debit and credit card-based fraud two years ago, though the nation was only responsible for a little more than one-quarter of total transactions. This total, the Sacramento Bee noted, caused more than $3.5 billion in lost cash for consumers, merchants, financial institutions and more in 2010. Further, in an increasingly global economy, the source explained that the cards still common in the U.S. cannot be accepted in many other nations, including Canada. According to EMVCo, the North American region, including Canada, Latin America and the Caribbean but excluding the United States, had a 41.1 percent adoption rate of EMV cards in the fourth quarter of 2011, as well as a 76.7 percent for EMV terminals. Further, Western Europe had 84.4 percent adoption rate of EMV cards, with 94.4. percent rate of converted EMV terminals. These figures make it obvious that the slow conversion rate of the United States has put the nation's card users at a disadvantage when visiting other regions, as an increasingly smaller rate of merchants are accepting more traditional card-swipe payment methods. The Sacramento Bee noted that some providers of the EMV-chip are offering certain incentives to merchants who adopt the technology. One major card provider is waiving annual compliance certification fees for those who conduct 75 percent of transactions through EMV terminals.
Electronic Payment Risk