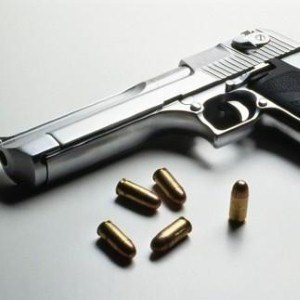 Gun purchases are on the rise in Ohio due to a variety of factors, the Dayton Daily News reports. According to the National Instant Criminal Background Check System, the FBI conducted 247,847 screenings for firearms in the state during the first seven months of 2011 - up 17.7 percent year-over-year. Compared to 2008 figures, this year's had increased by more than 42 percent. Background checks act as a benchmark for determining gun sales because users are required by law to license their weapon during a sale. Nationwide, the NICS performed 9,154,144 gun screenings through July, putting America on pace for 15.7 million checks - a marked increase from the record of 14.4 million set in 2010. One reason for the rise in gun purchases, according to director of the Professional Gun Retailers Association Andrew Molchan, is the Supreme Court's 2005 ruling that overturned gun restrictions in major cities. The country's economic troubles may have also boosted purchases. Jim Irvine, chairman of the Buckeye Firearms Association, believes people are becoming increasingly aware that civil unrest may be possible if the climate doesn't pick up. "Unemployment is very high, under-employment is very high, job stagnation and salaries are issues, and you look around the world ... there is always turmoil going on, and there is a growing feeling that we are going to have civil unrest in this country," Irvine told the news source. "People want to be prepared." The election of President Barack Obama is also seen as a catalyst. "If you look at the statistics on background checks, most of the increase started right around the 2008 election," the unnamed co-owner of Centerville-based Gunsport told the media outlet. "It's due to the political environment and what the government might try to do to take their guns away." Many people believed Obama had an anti-firearm agenda, which, in Ohio, resulted in double the amount of background checks undertaken from November 2007 to November 2008. "Since late 2007, there has been growing apprehension that's still there," Molchan added. "If it's there, firearm sales go up." However, WBNS-TV reported that the Ohio Coalition Against Gun Violence believes citizens are "encouraging civil unrest" and unnecessarily prompting others to purchase guns. The organization added that many people have lost their lives because of gun violence. As of 2010, 32.3 percent of U.S. households own a gun, according to data from a Washington D.C.-based gun control group.
Background Screening