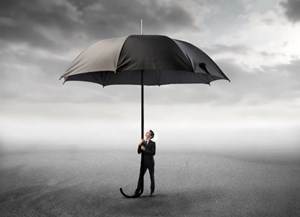 After a disaster, be it manmade or natural, many individuals go to their local lenders for help during the rebuilding process. Say there's a tornado and a number of homes in a town were destroyed. Those affected are going to need another house, and whether they're buying a new one or trying to recreate what was lost, they need the funds to make it happen. This is where lenders might be able to help.

That was certainly the case in the New York/New Jersey area last fall, after Hurricane Sandy decimated many towns and cities near the coast. A lot of people missed mortgage payments, and had to charge new materials and replace lost belongings with credit cards. This amounted to a massive pileup of debt and ruined a number of individuals' credit scores.

Lenders in this area likely know that better than anyone - when people have applied for an extension on funds, many have probably been turned away because of the subprime scores that appeared as a result. This led people into a dismal situation - they're in debt, have poor credit scores and have to rebuild major parts of their lives, while many also lost jobs or had to take time off in the process.

With this in mind, New York's Governor Andrew Cuomo is trying to implement a new plan that would directly affect borrowers and lenders alike.

According to The Associated Press, Cuomo desperately wants to help out people who have been put into dire financial straits because of Hurricane Sandy.

The New York state Department of Financial Services recently sent out a communication to TransUnion, Experian, Equifax, FICO and the Consumer Data Industry Association asking them to get on board with Cuomo's idea, the news source reported. He asked that consumers in affected areas not see lower credit scores or detrimental records on credit reports because of financial situations that were affected by the storm.

The AP reported that FICO spokesman Anthony Sprauve has already responded, saying the organization is amenable to speaking with various lenders, credit bureaus and state administrators to come up with a deal that would benefit all involved. The three major bureaus, however, have not yet answered the call to action.

"No Sandy victim should face a black mark on their credit history simply because they caught a bad break from Mother Nature and got caught in the path of this destructive storm," the correspondence read. "As any family or business owner knows, an unfair black mark on a person's credit history can have serious, long-term financial consequences."

Potential alternatives
That said, there are many short term lenders that could provide a lucrative form of alternative finance for numerous people affected. These companies don't have to stick to the same credit score regulations bigger providers and banks do, so they might be able to be more lenient.

However, many would-be borrowers in the effected regions still have poor scores and lenders can't just give money to everyone. As such, some find it helpful to adopt a Payment Reporting Builds Credit strategy, which can allow them to take into account individuals' past history of making payments on time to utilities accounts.

Since many people in regions that suffered because of Sandy inadvertently had their power and other services shut off, or called to cancel accounts when buildings were destroyed, this might still be a valid option for a sizeable population. It can also keep the doors open for lenders who are struggling to approve applications and allow them to provide help in their community.