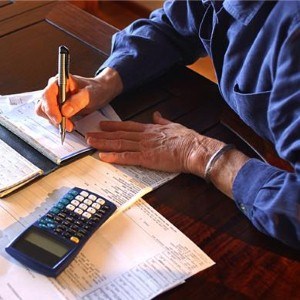 When an emergency arises, many people have not saved up enough money to cover the unforeseen expenses. In these situations, individuals have a number of short term lending options available to them, such as short term loans. Those looking for fast cash to pay for expenses can approach lenders who can borrow against the anticipated amount on their next paycheck. When the check comes in, the lender is able to cash a check drawn on the borrower's account in the exact amount, and the loan is considered repaid. However, lawmakers in Delaware sought to limit the amount of loans those short on cash can pursue annually. The bill recently passed in the state Senate and is set to be signed into law this week. House Bill 289 According to WGMD-FM, House Bill 289 has been debated in since its introduction in March by House Representative Helene Keeley. The source reported the bill passed through the Senate in a 20 to 1 vote. Section 2235 A, Part A, Paragraph 1 of the legislation dictates citizens of Delaware cannot "receive a short term consumer loan that would cause the borrower to have more than five short term consumer loans from all licensees in any 12 month period." The law also notes any company that is in violation of this rule does not have the right to collect fees or interest. To make the law easier on lenders, Section 2235 B of House Bill 289 provides for the creation of a common database by a commissioner. It can be accessed by any company licensed to give out loans. Information such as whether the individual is currently borrowing a sum, the number of loans outstanding, eligibility for loans and other personal information will be recorded in the central resource. Effect on lenders A large number of Delaware-based companies will be affected. According to WGMD, there are approximately 350 lenders throughout the state that offer this type of loan. However, the source noted there have been around 1,000 grievances filed by lenders against 1,000 state citizens that have not paid back their loans. The passage of this bill could potentially allow borrowers to hone in their focus on repayment, which would benefit companies. Businesses that dole out short term loans in Delaware now need to make sure their database entries are updated to reflect the latest borrowing habits of patrons. Owners must be careful to analyze the data to ensure they are not giving out more than the allotted number of loans an individual can take out, or risk being punished legally.
Short Term Financing