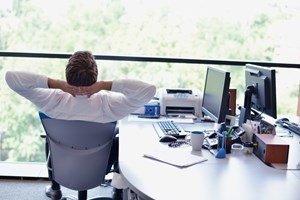 There's a reason the saying "It's a dirty job, but someone's got to do it" exists. There are plenty of careers out there that people might not want to do, but they take the jobs because they must and because there's a societal need to fill the roles. That being said, many of these positions, like garbage collector or mortuary director, end up being extremely fulfilling and allow individuals to help others.

This is certainly the case for debt collection agents. As one can imagine, these professionals get a lot of flak simply for doing their jobs. The fact of the matter is that debt recovery is a legitimate business - otherwise, individuals across the globe would likely skip out on paying various types of bills and expenses with little to no consequence. Thanks to collectors, money continues to circulate in the economy, companies are paid and price increases are avoided.

However, these professionals continue to face criticism from various sources, from the media to consumers and even lawmakers. Lately, a number of government representatives have tried to curb the practice by making restrictive laws and giving statements that seem to paint the legitimate industry in a poor light.

It's up to collection agencies to speak out against criticisms and defend the sector.

The FDCPA is outdated

There is some legitimacy to the argument that the Fair Debt Collection Practices Act doesn't take a lot of new technologies and strategies into account. Some critics think this could enable abusive collectors to find loopholes and harass consumers. That being said, any worthwhile collection firm is well aware that the courts don't allow individuals to warp the text and strain the bounds of the law.

In fact, this is where some local and state regulations, as well as case law from suits, pick up the slack. Sure, the FDCPA might not have specific rules regarding the Internet, social media, text messages and other newer societal developments, but there's plenty of guidance available for industry workers. Although one law might not be all-encompassing, those who work in the sector know that there are standards that need to be upheld and real consequences for those who don't abide by these.

It's also important to note how some individuals have noticed that consumers have attempted to twist the wording in the FDCPA to fit their needs. For instance, American Banker pointed to a case involving a bank that sent out a flier informing nearby citizens that a new branch was opening. One individual sued the bank, claiming that the ad was an attempt to collect on a debt, contrary to FDCPA guidelines.

"Now there is a new brand of FDCPA lawsuit that stretches not just that statute, but the bounds of reason," the source noted.

Firms only pursue aggressive tactics
Some critics equate collectors to brutes who take joy in harassing borrowers who have defaulted. However, that could not be further from the truth. The majority of legitimate recovery agents are willing to work with consumers to find repayment plans that will work for all parties involved.

The Southeast Alabama Medical Center recently had to defend against these types of criticisms, after a story surfaced that its in-house financial team was too aggressive in collecting owed money, according to the Dothan Eagle.

"All the collection efforts taken on behalf of SAMC are done in strict accordance of all applicable laws, including laws regarding exemptions, garnishments and the right to contract," representatives from SAMC noted in a written statement sent to the newspaper.

The text went on to note that the organization offers a well-publicized financial policy that readily gives assistance, so individuals who need medical attention are aware of standards. Moreover, authorities said while the hospital, like any other, needs to make sure it is paid, representatives strive to make sure people aren't harassed and that everyone has the assistance they need.

As many training sessions in firms across the nation teach, people are more likely to positively respond and start making payments if agents are kind and understanding.

While there are certainly other criticisms that individuals lobby against the collection industry as a whole, as long as firms are sure to follow the letter of the law, they're doing the right thing and are backed up by regulations.