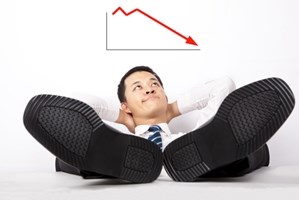 Short term lending outlets and other financial institutions had a difficult time extending credit during the Great Recession, as loan default rates jumped as a result of poor economic conditions. Because of a lack of jobs, many consumers were unable to fulfill loan payments, which led to many lending firms tightening their regulations and reducing the number of loan products they extended.

However, current economic indicators are improving, particularly in terms of overall default rates. The S&P/Experian Consumer Credit Default Composite Index fell to 1.34 percent in June. That represented a year-over-year decline of 0.18 percent.

The auto loan default rate continued its healthy retreat, with the 1.00 percent late payment number for June marking three consecutive months of decreasing defaults for car borrowers. The May 2013 number was 1.04 percent.

In fact, the overall default rate has hit a post-recession low, according to MarketWatch. Of the five cities that the Index Committee monitors, two marked monthly declines in composite defaults. Miami's economic outlook appears to be particularly optimistic, as the city posted a 1.75 rate, another post-recession best included in the latest index. It's welcome news for the Florida city, which has lagged behind some of America's major cities in terms of recovering from the Great Recession. Earlier this month, Bloomberg reported that data from RealtyTrac found that Miami saw the most foreclosures of any American city during June.

With consumers becoming more financially savvy and responsible, lending trends may improve. With low interest rates, many loan providers will be looking to draw in new business as the American public displays a frugal approach to staying current on payments.