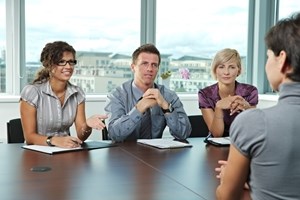 As the employment situation continues to improve, borrowing activity could pick up, which may lead to additional business for short term lenders.

The week ending June 1 saw initial jobless claims fall by 11,000 applications, from 357,000 to 346,000, according to the U.S. Department of Labor. This was slightly higher than the estimate from economists surveyed by Bloomberg, who called for a drop to 356,000.

Many experts feared that federal budget cuts would have threatened the employment situation but that hasn't occurred, John Challenger, CEO of Challenger, Gray & Christmas, told Reuters.

The employment situation has shown other promising signs recently as well, with ADP reporting an increase of 135,000 jobs in the private sector during May.

With fewer Americans being laid off, employers could hire more in the second half of the year if sales begin to pick up.

An improving employment situation can lead to Americans feeling more comfortable in their job security. As a result spending could increase, potentially leading to more borrowing among consumers.