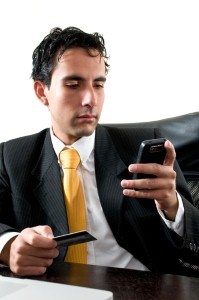 Consumers have a multitude of complaints on a list that likely seems never-ending, but at the very top come issues involving auto repairs, credit, and debt collection, a recent survey has indicated. These costly problems are likely on the minds of Americans due to the lingering implications of the economic recession, particularly as many struggle to make payments and dig themselves out of a pile of debt. According to the Consumer Federation of America survey, tactics practiced by debt collection agencies, credit repair firms and other issues involving debt are a prime complaint for consumers. The No. 1 issues consumers felt heated about? Transactions over auto purchases and repairs, according to Fox Business. However, debt-related gripes remained strong in the survey's list of worst complaints. The category was based on the number of complaints, the amount of loss and the "vulnerability" of those consumers impacted. It also considered an "outrageousness" factor. "Given the lingering recession, it is not surprising that credit and debt complaints remain second only to auto problems," said Anna Huddleston-Aycock, president of the North American Consumer Protection Investigators, to the source. "Many of the complaint examples that agencies provided were related to the difficult financial situations that consumers and businesses faced last year." One of the biggest problems for consumers is the threat of fake debt collections agencies calling them up and demanding money. For example, KCAU-TV reported that Criminal Investigations, a group in South Dakota, is allegedly impersonating a debt collections agency and calling consumers, demanding money for short term loans that most never obtained. Many of those who did actually obtain the loans had already paid up on them. Complaints related to the growing level of consumer debt also ranked high, which Fox Business reports goes hand-in-hand with the economic recession. "Consumers who are deeply in debt and are unable to borrow money from traditional lenders to dig their way out may be tempted by online offers for personal loans, but they could end up even worse off than they were before," the study concluded. "Some of the fastest-growing complaints, such as credit and debt problems and store closings, are probably linked to the tough economic times."
Credit Risk Management