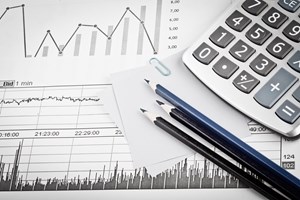 Many companies, medical organizations, traditional lenders, alternative credit corporations and other groups are allowed to charge interest if they don't receive prompt payment from consumers or if these individuals borrow money. This way, the business in question makes money and can take care of expenses itself, like overhead and payroll.

However, the right for debt collectors to also follow this strategy is being rethought.

The job of a recovery agent is a legitimate one, even if it's often called into question by consumers. At its base, this position is about recouping money that rightfully belongs to a business - it puts money back into the economy. While agents are certainly paid by these companies, it would make sense for the organizations to charge interest if legally possible. They do businesses and the economy as a whole a service.

So, what's the problem here?

According to insideARM, lawsuits invoking the Fair Debt Collection Practices Act have claimed that debt collectors should not be able to charge interest while attempting to get a consumer to repay money lawfully owed. Other suits have claimed that if interest is being charged, the agent needs to disclose how much money is being accrued for this reason.

Results have been mixed thus far, but the news source did mention that the judge of one case in California ruled that the ability of a collector to charge interest depends on certain circumstances and can only be applied after a judgment is entered.

The current situation
As the official website of the Consumer Financial Protection Bureau pointed out, as the law stands now, collection workers can't charge interest without explicit authorization in the debt agreement or where the law specifically states it's possible. That being said, the organization detailed that interest on a debt can be changed if that's permitted in the original loan or credit agreement.

This means that every case will likely be different, dependent on the terms of the original agreement and potentially the state in which the debt was accrued. As such, it's of great importance that collection agents not only keep up with case law revolving around charging interest but know the ins and outs of the regulations of the state in which they operate. Recovery agencies should be sure to include this subject in training for new agents, as this is a hot-button issue for many in the industry currently.