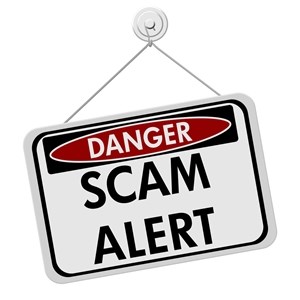 There are criminals and other ne'er-do-wells located in every corner of the globe, ready to strike out at nearly any industry. Think of it this way: There are pickpockets at many of the most beautiful attractions the world has to offer, just as there are hackers who can have massive adverse impacts on individuals in nations thousands of miles away. No place is safe from criminals, so individuals have to get creative sometimes.

At this point, it's not unheard of to hear reports about scams being run in the debt collection industry. These days, it seems like positive news stories don't make for good feature pieces, so the media tends to focus on the worst-case scenarios.

It's not just reporters who are buying into this school of thought, though - some federal representatives recently acknowledged that the recovery sector seems to be inundated with crime lately. What is the current situation and how can hardworking, honest professionals in the industry separate themselves from this unearned stigma?

Scams, poor tactics take a toll on the sector

Scammers and debt collectors who use poor and unlawful tactics give the realm a bad name, which adversely affects everyone working within it. According to The Associated Press, this growing trend isn't going unnoticed. The scenario has become more dire with the widely publicized recent shutdown of Williams, Scott & Associates, which the Federal Trade Commission revealed used reprehensible tactics to con money out of consumers.

"This has become something of an epidemic," U.S. Attorney Preet Bharara was quoted as saying by the news source.

Other scenarios seen recently include scammers posing as law enforcement agents, threatening people with arrest and telling alleged overdue account holders that they no longer have civil liberties and must pay, the news provider explained.

What steps should be taken?
This presents a problem for legitimate debt collectors for a number of obvious reasons. First, the public is probably developing a negative perception of the industry as a whole, even though it's only a couple of bad apples sullying the whole bunch. Also, consumers might be hesitant to pay off accounts that they rightfully owe money on, thinking that they've been contacted by scam artists when they're actually speaking to legitimate corporations. This can result in a number of adverse consequences for both the businesses in question and the individuals' credit scores.

Recovery agencies that pledge to follow the letter of the law can make the situation better by simply abiding by regulations and blowing the whistle on any potentially questionable tactics. They can teach consumers about the methods that truthful professionals should be using, as well as educate individuals on the red flags they should keep an eye out for, such as when a "collector" makes threatening or harassing remarks.

If legitimate companies work together, striving to follow the appropriate regulations, over time they can hopefully weed out the scammers from the agents simply trying to bolster the economy.