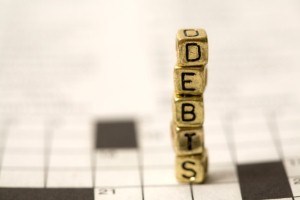 There was a call by lenders to mobilize debt collection agents after student loan debt surpassed $1 trillion at the end of 2011. Partly because tuition rates are on the rise, a rising number of people are forcing themselves into debt. Many who take out education-related loans end up defaulting on the sums, forcing action to be taken to recover the missing payments. According to the Indianapolis Business Journal, the Department of Education decided to change the way they approach debt collecting in March, making payment options less stiff. These shifts in techniques seemed to have worked well in many cases, as employees at the Minnesota-based Educational Credit Management Corporation have seen massive raises because of successful recoveries. The IBJ reported staff member Joshua Mandelman earned $454,000 last year because he was able to work with consumers to provide the best payment options. Because EMCM has a long-standing contract with the federal government, the company was able to receive rewards from Congress when collections were made, the source said. The debt collection industry helps to recover a substantial amount of money for lenders, companies and governments alike every year. According to the Association of Credit and Collection Professionals' (ACA) debt clock that constantly updates, as of May 15, 2012, over $80.5 billion has been reintegrated into the economy by recovery agents. The ACA found that per year, workers in the sector secure missing payments totalling around $58.8 billion. The debt clock also revealed the industry has benefitted the American economy by creating jobs. The ACA reported debt collection firms provide over 300,000 jobs each year, paying staff members a total of $10 billion. ACA CEO Pat Morris released a statement explaining the advantages the debt recovery industry brings to the national financial situation. Morris cited recent data that reported the sector is necessary for the survival of both national and state economies, and workers are often active in their communities. In sharp contrast to the often undeserved reputation the debt collection industry receives, Mandelman told the IBJ he has received many thank you notes from people he has helped organize payments. "I helped a lot of people," he told the source.
Debt Collections