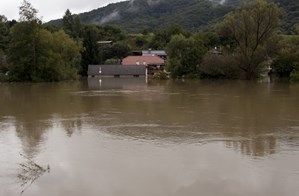 Despite often being labeled as an industry rife with abusive tactics, the debt collection sector is largely comprised of good-hearted professionals that offer quality services. The reasons for the negative views many hold about the field remain unknown but a recent announcement by one debt collection firm shows just how humane and reasonable these agencies can be, a far cry from the inaccurate picture painted by sector critics.

According to insideARM, AmSher Collections Agency of Birmingham, Ala., urged the members of the collection industry to use a sensitive approach when addressing debt collection for victims of the recent floods in Colorado. In fact, the organization suggested that agencies should remove debtors from affected areas from contact lists for the time being.

Martin Sher, CEO of AmSher, went as far to say that any collector that accidently contacts a flood victim in the coming months should apologize and offer to make a donation to a relief group to make amends.

The company made similar moves in the wake of other recent tragedies in America. During the aftermath of the Boston Marathon bombings and the tornados in Oklahoma early this year, the enterprise suspended collection efforts in those regions. Additionally, it paused calling to areas affects by Hurricane Sandy for a significant amount of time, insideARM noted.

The impact of the deadly floods have been significant. First Coast News reported that property damage could hit $2 billion across the affected areas.

For debtors in the region, finances are likely to be limited in the coming months, as the source stated that some residents may not be able to return to their homes for six months. That means that they may be forced to spend on unforeseen expenses relating to hotels or other temporary housing, which could make it even more challenging to address outstanding accounts. For this reason, the approach taken by AmSher is the right one.

It's not only compassionate but it makes business sense. Allowing consumers to get back on their feet is much more beneficial for collectors, as it will allow debt holders to strengthen their finances, increasing the chances they will pay off their debts.

Additionally, consumers will appreciate the sensitive approach and may be more willing to work with an agent for the longterm. Potentially, it could help both parties create a payment plan that is reasonable and manageable for both groups to maintain.