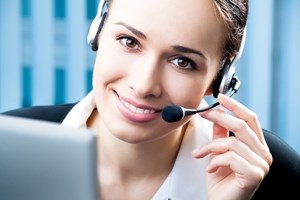 A Federal Trade Commission (FTC) report shows debt collection calls are at the top of the list for consumer complaints, but with one consumer credit industry expert's advice and lessons from the proven positive track record of a major electronics provider, debt collection agencies can lessen the stress they place on borrowers and cultivate relationships that are beneficial to both parties.

Although insideARM defends the debt collection industry by noting that many complaints are likely made following interactions with fraudulent businesses, Array Services Group Vice President of Financial Services Dennis Guetterman says firms and independent agents must go forward with a fresh attitude toward approaching consumers. The debt collection expert asks collection business owners to evaluate their staff's practices and make sure collectors are working not as demanding authorities but as debt professionals who are willing to work with consumers to recoup an owed amount of money.

Guetterman insists adopting a softer but efficient means of collecting debt is essential for consumer credit businesses at this time, as the number of borrowers and the financial pressures they face are equally great. Debt collection businesses, he says, are forced to take action in preventing compliance problems so that lawsuits and crippling changes made to the industry by consumer pressure can be avoided.

Secrets of customer service pros
"Problem solvers," Guetterman claims, are what debt collectors need to become, and agent trainers may find an unlikely source for inspiration in the secrets leaked in 2012 about some of today's best every-man consultants: Apple's in-store geniuses.

Forbes reports the Apple retail worker handbook, which was partially published by Gizmodo last year, had an incredible amount of valuable customer service information packed inside, and one breakdown of values has been adopted by a great deal of fellow corporations. The APPLE rules (Approach, Probe, Present, Listen, End) the source presents serve as basic sales and customer service reminders that can be adopted by any consumer-based company, including debt collection agencies. The acronym reminds collectors to first introduce themselves with a non-aggressive demeanor, move on to get a feel for how they can help consumers pay back a debt, make a feasible suggestion for payment and clear up any issues that may follow. While this process is typically applied to sales, it is an excellent tool for debt collectors as well, with some adjustments for the industry.

Debtors need to see positive side
Debt collection agencies in particular may need to do extra work to get on consumers' good sides, as the FTC reported that of the more than 2 million complaints it received in 2012, 200,000 were regarding out-of-order collection calls and other correspondence. The only complaint ahead of debt collections, according to the report, was identity theft.

On top of the scammers that fool people into thinking they are part of a legitimate debt collection data industry, a poor media image and debtors' financial insecurities add up to create a mess for many agents trying to perform an honest job, according to Guetterman. He says his company has found great success when approaching consumers just as an Apple genius is taught to greet a potential new iPad owner: by making collection calls a helpful experience that leave borrowers feeling good, rather than harassed, embarrassed or shaken.

Third party collection agencies were the bulk of businesses reported by the FTC as major issues, with 178,009 consumer complaints coming in last year. The source said only 23,197 complaints were made about lenders reaching out directly. Wherever debt collection agents are calling from, they would do well to at least attempt more problem-solving tactics in the current economic climate.