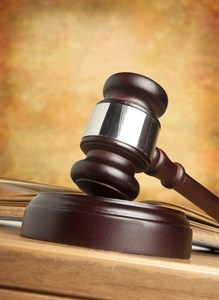 The debt collection industry is receiving positive press following a Supreme Court ruling that protects consumer credit data companies from being sued by debtors who do not agree with operations that fall within Fair Debt Collection Practices Act (FDCPA) guidelines.

Court decisions are positive for industry

General Revenue Corporation was taken to court by student loan borrower Olivea Marx for her complaint that the company had illegally  faxed a request for employment verification to the office she worked in, according to insideARM. Marx argued that the act was against FDCPA regulations, but the source says a federal judge ruled the fax was not considered a communication between General Revenue and the debtor. InsideARM reports the case was elevated and a district court judge ruled $4,543 would be awarded to the defendant.

The Supreme Court was called to judge on the matter of the cost applied to the failed plaintiff's case, as ABA Journal notes the FDCPA clearly states that a case ending in a win for a debt collection firm or independent agent can only include financial reward if the plaintiff is ruled to have brought on the case for the purpose of harassment or in bad faith. The district court judge added in his ruling, insideARM reports, that the defendant was set to receive financial relief even though Marx was deemed clear of bad faith and harassment in filing the lawsuit against General Revenue. In the end, the Supreme Court ruled the legal system was entitled to apply costs even in the case that the plaintiff was void of ill intentions.

"We are hopeful this important decision will assist in reducing the incentive for frivolous and meritless allegations filed by consumers against its members," he said.

ABA Jour?nal says Marx claimed the collector violated laws with phone communication and verbal threats to take half of her income in addition to the disputed fax that was central to the case.

Attorney Don Maurice told insideARM he is relieved that the ruling may allow better time spent for business within the industry.

"There are far too many FDCPA suits premised on marginal factual or legal claims which, if litigated, would likely fail," he said. "While these suits may not be brought in bad faith, they still tie up our clients' important resources."