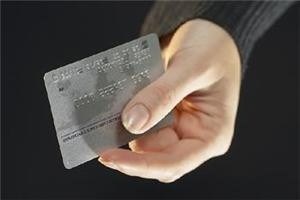 People with subprime credit due to past debt who are itching for a way to once again own a credit card may be able to turn to debt collection credit cards, The Wall Street Journal reports. They are on the rise after the hit banks took from the staggering economy. These cards, usually sent to people who have made poor credit decisions in the past and currently have credit scores below what many banks would consider reliable, are offered by debt collection arms but still feature the logos of popular brands such as MasterCard or Visa. The practice benefits both collectors and banks. Many financial institutions are "hungry for new revenue streams" and eager to partner with agencies because the cards have higher than average interest rates and the firms usually cover all losses to banks if borrowers cease payments. Collectors win because they "instantly turn a profit on virtually worthless debts," since in many cases, the debt has exceeded states' statutes of limitations. This essentially makes it unnecessary for these debtors to begin the cycle of debt once again. Debt collection credit cards have drawn criticism for federal authorities, as it's assumed that many collection agencies don't mention to potential cardholders that they don't need to pay any fees on expired debt in order to use them. However, once cardholders agree to make a payment, "the clock starts anew" on their old obligations in a process called "re-aging." This re-starts the debt's statute of limitations - which can be anywhere from three to 10 years - and allows agencies to revert to typical collection practices such as letters, phone calls and lawsuits. "Any new activity on (debt) could re-age it and make it more collectable," Lauren Saunders, managing attorney for the National Consumer Law Center consumer rights group, told CreditCards.com. "You're better off ignoring a call about an ancient debt. It's best to send them a letter saying I don't recognize this or please verify it." But in the case of many Americans who have been denied credit for years, the idea of a new credit card may be too tempting to pass up. "It was totally worth it," Thomas Carpenito, a deli owner with subprime credit from White Plains, New York, told WSJ.
Debt Collections