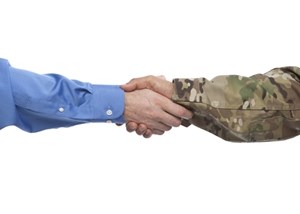 When debt collection agencies are mentioned, many customers tend to think of negative events and practices. However, most in the industry are extremely professional and are willing to work with consumers to close debts. It's a human side to debt services that many people fail to see.

That professional and well-mannered approach was recently showcased by the industry in an extraordinary way. According to insideARM, an industry sponsored charity - ARMing Heroes - recently helped close the outstanding debt of an Iraq War Veteran. The source reported that Sergeant Jacob Gayer served nine years in the U.S. Army, collecting several honors.

Upon returning home, Gayer - suffering from Post-Traumatic Stress Disorder - was forced to address more than $8,000 in debt, which made it difficult to raise his young daughter. He applied for a grant from ARMing Heroes to close his debts and found that the organization quickly made progress in assisting Gayer.

After locating the debt buyer who purchased Gayer's account, ARMing Heroes worked with the collector to find a solution to Gayer's financial problems. Although the buyer was not able to offer Gayer a settlement, the purchaser decided to forgive the outstanding debt due to Gayer's military service. ARMing Heroes notified Gayer of the development just prior to Christmas and even gave the Army Veteran a $500 gift card to use during the holiday period.

According to the ARMing Heroes website, the charity has raised over $35,000 since its inception in 2010. Also, the source stated that due to being sponsored by a small, tight-knit industry, it's been able to approve more than 50 percent of grant applications. The organization has set a high goal for this year, as it aims to collect $50,000 to help Veterans in financial distress.