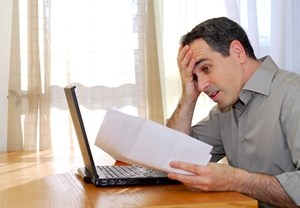 Even with the Fair Debt Collection Practices Act in effect, there are still debt collection agents committing compliance violations. In an industry that has had difficulty cultivating a favorable image, incidents of misconduct tend to add fuel to the fire, and this hurts the majority of organizations that are doing their best to provide valuable services. Recently, both kinds of practices have been recognized for their conduct, and they serve as examples of what to do and what to avoid.

According to Target 8, a Kentwood, Michigan, woman came forward as a victim of poor debt collection practices. Diane Muir had been receiving calls from collection agency Gregory Adams & Associates since 2012, but only contacted the investigation team at the news source to look into the repeated contact efforts in 2013. Muir handed over a recording of an employee of a collection firm threatening legal action and naming her a "person of interest" in relation to a debt she did not believe she owed.

Now, following the public reveal of their best practices violations, the agency has reportedly decided to stop calling Muir. Gregory Adams & Associates spokesman Alexander Flores told Target 8 that, while an agent had scared Muir by claiming to know her Social Security number, the firm was not in possession of that data. He told the news source that the business was aware that she wasn't the debtor, and that they had been targeting her in hopes of getting access to another individual who may have owed the money.

Debt collectors doing good
While there are certainly some bad apples in the debt collection bunch, groups working to ease debtors' problems set an excellent example for companies that strive to overcome the stereotypes concerning the field.

InsideARM pointed out that ARMing Heroes, a group of debt collectors that works to provide financial assistance to veterans in need, was recently able to help Allen Megginson, who served in the U.S. Army from 2003 to 2006, and his family get back on track. The Megginsons needed to rely on credit cards to get by during Allen's unemployment after his return from overseas, and were then forced to make significant charges once again when he finally got a job out of state. They sold almost all of their belongings to make the move.

In the face of crippling credit card debt, the family applied for assistance from ARMing Heroes. They received a grant which allowed debt collection agents with the organization to not only help them pay off some of the money they owed, the source explained, but to also use their contacts within the industry to arrange a favorable settlement with creditors.

"Now that ARMing Heroes stepped in, we have the chance to start over with a lot less debt, and a much better chance of catching up," the Megginsons said in a statement to insideARM?. "This has offered us a lot more hope in a situation that had begun to look and feel hopeless."

Instead of focusing on negative press, debt collection agencies should take cues from organizations that are using their power to improve people's lives. While they may not serve the same function as ARMing Heroes, any firm can treat debtors with respect and compassion. The more agencies that do so, the more likely the good media coverage will begin to outweigh the bad.