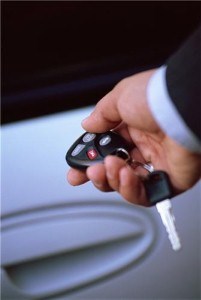 Many consumers pride themselves on their ability to negotiate the price of high-end items. However, thanks to weather-related emergencies overseas, those in the market for an automobile will have a more difficult time trying to haggle down to a lower price than the sticker. According to many industry experts, the earthquake and tsunami that have ravaged Japan significantly slowed down the supply chain. Because many factories in the Land of the Rising Sun were forced to temporarily suspend operations, many have not been able to keep up with demand, which typically increases in the spring months. In a recent interview with the Philadelphia Inquirer, Michelle Krebs, a senior analyst with Edmunds.com, said that while in previous months consumers could get a better deal, the slowdown left fewer vehicles to pick up, making them a more precious commodity. "They're going to pay more than they did in January on a lot of vehicles," said Krebs in an interview with the paper. "If they can wait till production becomes more normalized, then prices should stabilize." She said that auto manufacturers that were heavily dependent on Japan had raised prices and made auto industry financing more difficult. At the height of the recession, when many dealers were hoping to sell more cars, they would offer more competitive deals. But because demand has grown and the disasters have occurred, the prices continue to go up. "Vehicles like Mazda, for example: The average price went up $370 a vehicle, and that was mainly because of their small cars, the Mazda 2 and 3." Kreps told the source. She also said companies like Nissan had seen an average increase of $120 per car, while Hondas were $200 more expensive. While the supply chain was interrupted as the Japanese people pick up the pieces of their shattered lives, one of the industry leaders, Toyota, said that production would not return to normal until November or December. At a press conference, Toyota's president, Akio Toyoda, said that it was too early to judge how badly the overall sales figures would be hurt due to the events. The auto giant is expected to report results from the fiscal year, which ended in March, on May 11, as stakeholders hold their breath.
Auto Industry Financing